A day of sightseeing in Guangzhou

Today we had a morning of sightseeing - starting with a tour of the Six Banyan Tree Temple. Because it was the beginning of the new year, there were many people there to worship, and the incense was pretty intense. But the sights were spectacular. It seemed Ella was quite in awe of everything, as she took quite a few pictures. The weather was really great for being outside, and the boys did pretty good being pushed around in strollers. Yes, we broke down and bought two strollers the day before, because we thought it would be so much easier to navigate the airports pushing them, rather than wrestling with them.

After the temple, we headed to the Chen Clan Academy museum, which was quite interesting. It houses the Guangdong Folk Art Museum now, so we got the chance to really see some of the higher quality folk art and a few artists in action. The architecture was breathtaking but the pictures just don't do it justice. There were detailed stone carving telling stories throughout the rooflines and walls - you can see one of them in our picture below. Again, Ella drained her camera battery taking a ton of photos.

A cute Ella story. Our guide Eva came up to me in one of the stores and said that Ella asked if she thought we would buy her a fan. As soon as I heard, I said of course, which fan does she want. So we went to the fan display, and she picked up a cute flimsy fan that only cost 5 RMB (about $.80). Eva talked to her for a little bit, and then she said to me - she is so sweet. I asked her if she wanted one of the other fans - the higher quality ones. Ella said "oh no, they cost at least 10 RMB and that is too much - I don't need anything that fancy". Yep, 10 RMB is about $1.60. She is quite the sweet girl. She asks for very little, appreciates all, and seems to be quite surprised when we give her the chance to pick something out - and then picks out very small, inexpensive items that she then handles with such care that you would think we had spent a small fortune on it. I know that may all change soon when we get her to the states, but for now, we're so taken by her innocence and sweetness.
We're glad it was only a morning tour though. The boys were hungry and they needed a nap. So we headed back to our room to hang out for a little bit and get some food. Another thing we learned about our girl. Although she likes her Chinese food spicy, when given the choice, she'd much rather order a hot dog and big plate of French fries. And then for dinner, since we were all exhausted, we opted to order a pizza from Papa Johns. Ella very clearly said "pizza" when it came, and ate her fair share. Maybe eating when we get home won't be nearly as big of an issue as I thought.

Another day down. I think we are all ready to head home. Not because I want to leave this beautiful country, but because we're tired of living out of suitcases, washing bottles/cups/spoons and laundry in the bathroom sink, boiling our water, and eating out. Looking forward to a big salad filled with vegetables, a tall glass of ice water, and not having to worry if the public restroom has a squatty potty or a real toilet. Just a few more days and we are US bound. 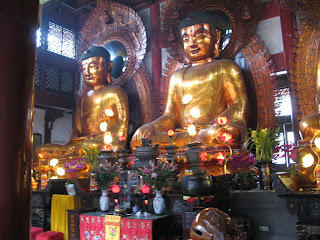