Another early start, as we packed up and checked out of the hotel. We had a morning of sightseeing on the agenda before we headed to the airport for our flight to the kids province. Packing was a bit of a challenge - there is such a tight weight limit on domestic flights that we spent most of the morning shifting things from one suitcase to another trying to balance the weight.

Our morning was spent at Tiananmen Square and the Forbidden City. It was quite cold and the wind was bitter, so we kept moving pretty quickly. But there was quite a bit to see. Forbidden City is suppose to have 9999 rooms, and we only saw a handful of them, and it took all morning. There were some spectacular views there,and our coordinator, Shirley did a good job giving us the history lesson, but we were pretty cold so quite happy when we finished up. 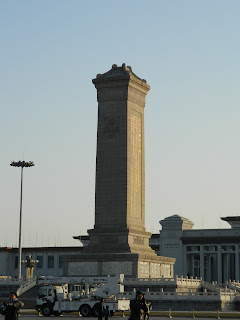 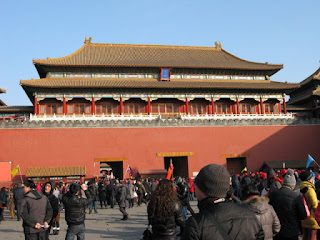 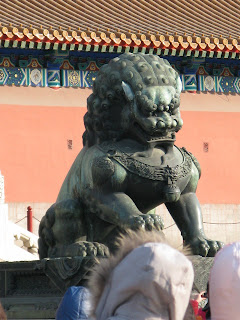 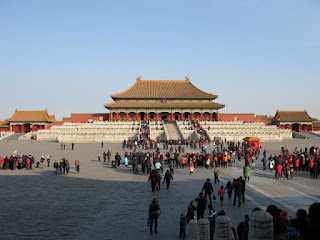 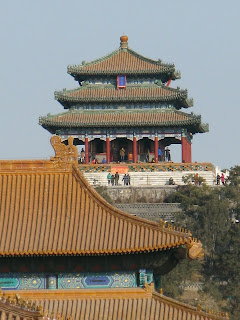 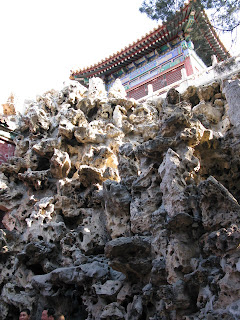 After a great lunch at the Hard Rock Cafe, we headed to the airport for our flight to Guiyang. We made it thru the weighing of the luggage (barely) and the airport was quite easy to navigate. Before long we were air bound - leaving Beijing behind us. It was a 3 HR flight, and by the time we got our luggage, found our guide, and headed to the hotel, we were all pretty exhausted. But we're settle in at the Sheraton, and will be meeting our kids tomorrow around 2 pm. We'll take all the good karma we can, hoping that it goes well tomorrow.

Lynné and I took a quick walk after we got in to see the city in lights.  Hard to believe that this province is one of the poorest in China when you are in Guiyang.  We were told they don't have a Starbucks or a McDonalds, but there is a Walmart across the street (under ground actually), an Apple Store and a Gucci. 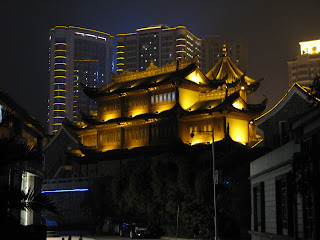 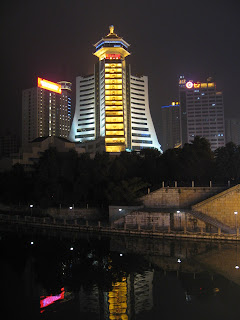 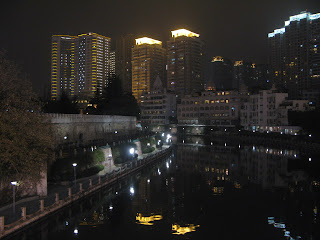 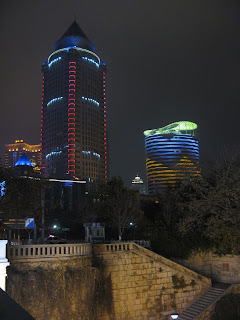 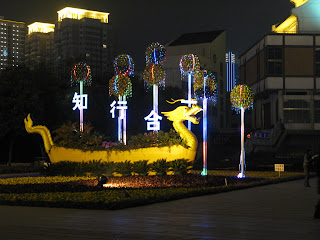 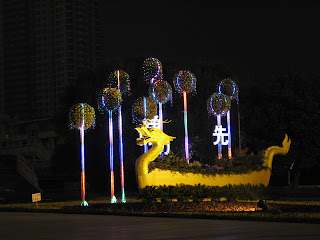 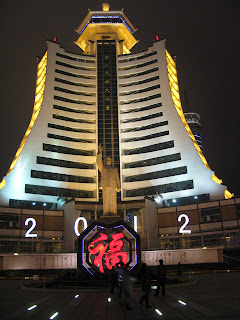 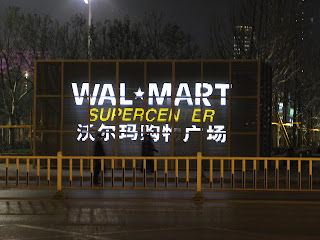